Slalom Through These Amazing Skiing Destinations

There are plenty of different reasons to get away – rest and relaxation holidays are amazing for recharging the batteries, while there are also exploration vacations and getaways for the adrenaline junky. In the modern day, it isn’t hard at all to find a specialist getaway that is perfect for your interests.

Skiing is the father of the activity getaway – in fact, it might be the father of the vacation.Vacations may not have happened altogether without the lure of skiing. Back in the 1800’s Thomas Cook sold tickets and train passes to the French Riviera and over in St. Moritz – Johannes Badrutt, a hotel manager, invited his English summer guests to return in the winter to see the slopes created by snowfall. Winter tourism – and thus skiing boomed. While never as popular as it was when there was a late 1900’s boom in the sport, the lure of the slopes brought people from around to world to ski when winter arrived. How did Skiing come about though? Skiing began in Northern Europe a long time ago – with big bones being used to fly across the mountain ranges of Scandinavia. Not for leisure – but for movement. This was important for military campaigns, and these led to the invention of downhill skiing in Norway back in 1850. The sport of skiing evolved from the ski’s as a transport device when an Austrian by the name of Mathias Zdarsky found out that you could regulate the speed of skis by pushing down on them. This lead through to skiing techniques being developed alongside the First World War by troops fighting in the Alps. The Austrians took skiing to heart and developed the first ski school in 1922. St Anton am Arlberg stands today as one of the world’s premier skiing resorts. So where does that leave us? Well – with the true focus of this article, where are the best places to Ski in the world?

Let’s start with St Anton. Arlberg is known for its snow and beauty, as slopes extend right down to the foot of the villages below. Back in the late 1920’s, St. Anton held the first alpine combined skiing event, the Arlberg-Kandahar! It isn’t just history that this Austrian destination has going for it as well – there are over eighty state-of-the-art transportation cable cars and ski lifts that ensure visitors and skiers are safe while they slide. There are 305km of ski runs, with beautiful, well-kept slopes for skiers of all skill levels. Enjoy the best of Austrian skiing with St Anton. Of course, how could we compile a list of skiing resorts without mentioning Tyrol in Austria? There lies the legendary Kitzbühel, which skiers must visit. Pioneering not only skiing and other winter sports, but alpine golf, Kitzbühel has a lot to offer.Kitzbühel in the modern day offers plenty for the modern traveller, with parties, guesthouses and designer fashion. With the stunning scenery of the old town contrasting against the breathtaking Alps, Kitzbühel is a must visit destination for any skier. 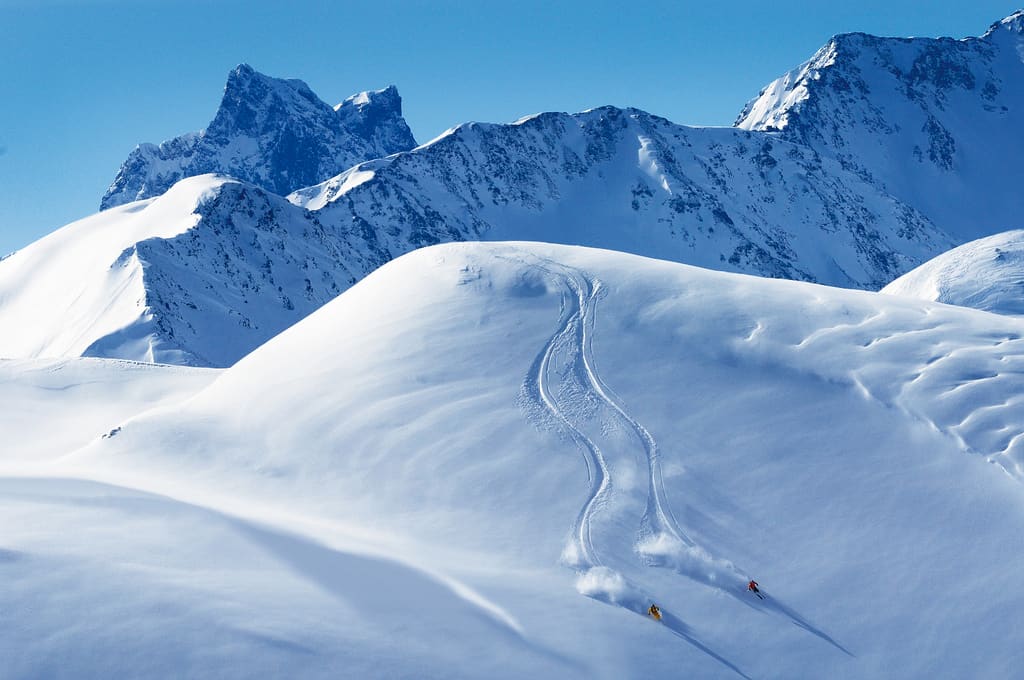 Over in France, Alpe d’Huez offers an amazing destination for those who love the snow and the slopes. Open in both Winter and Summer – Alpe d’Huez can offer one thing other ski resorts might fall short on – that is Sun! South facing and reaching high into the Grandes Rousses, this resort links to many others such as Vaujany, La Garde and Huez. The highest point of the resort, Pic Blanc stretches over 3300 meters into the sky and can allow explorers to see a fair portion of French land. Of course, there are plenty of snow sports on offer at Alpe d’Huez as well. Morzine is another fantastic destination in France for skiing – and much more. Unlike most resorts, Morzine has something to offer all year round, from hiking and biking to skiing. Check out Freedom Ski for more info on Morzine – but be sure not to leave out France when you’re thinking of your next ski trip! South of the French border lies the tiny nation of Andorra, which plays host to the triple ski resort of Grandvalira. Andorra doesn’t have much of a place on the map of tourists, but it should be on the map for skiers! With incredible nightlife, easy exit routes into sunny Spain or the south of France, there are some excellent slopes here for those just getting into skiing. What’s more, the Grau Roig hotel is an amazing, tiny hotel that is based not 100 feet from the ski lift. Amazing. 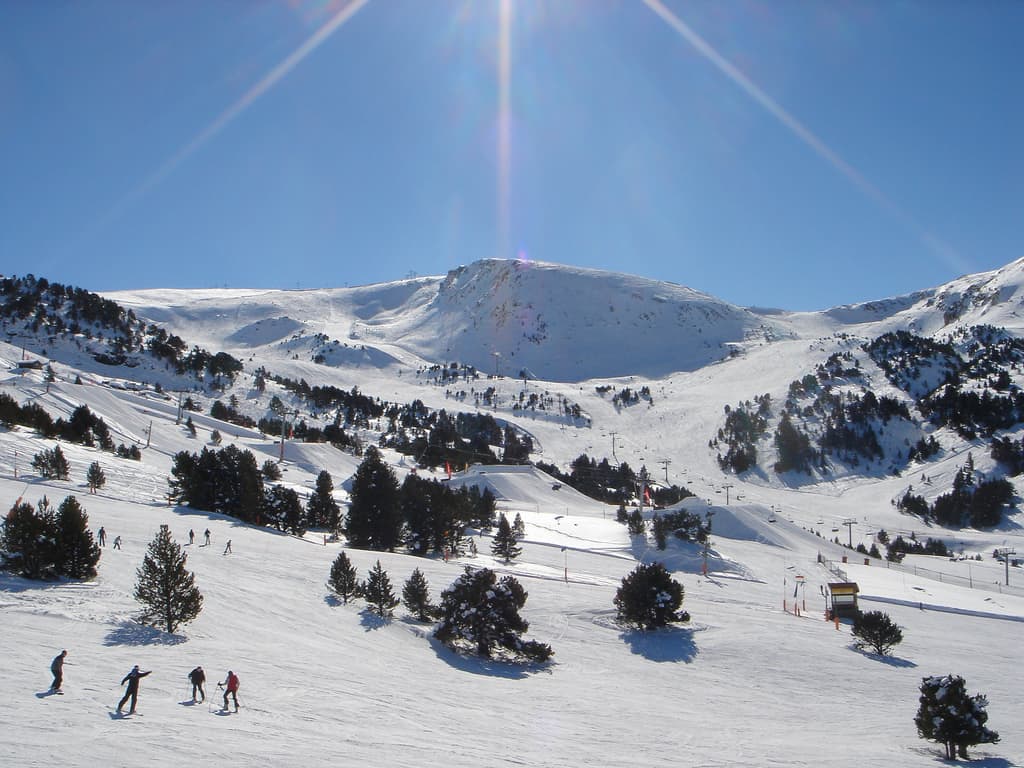 Grindelwald – not named after the baddie in the new Harry Potter films – is one of the best Alpine destinations that isn’t in France. This Swiss destination hosts some amazing vistas by the Eigar while boasting rustic and charming villages in the lower passes. This might not be for beginners though – you need a bit of skill to navigate the Bernese Alps! Full of cheery chalets and warm rooms – if you want quiet and rustic, you’ll get it at Grindelwald.If you want a bit more action head to the Matterhorn and Mont Blanc where you can find the Crans-Montana resort of Switzerland. With incredible hiking trails and courses for all skill levels, this posh resort has a lot to offer, with an air of exclusivity. Of course, we shouldn’t ignore the aforementioned St. Moritz! It’s elegant, exclusive and it was first. With the sun shining all year around, dry alpine air and some incredible slopes, this is a can’t miss resort for skiers and holidaymakers. It’s elite, it’s premium and it is one of a kind.

Snow, in Italy? Yeah! Cervinia has amazing runs for beginners that connect to a number of resorts in nearby Switzerland. Of course, this has a bit more to offer – being Italian – as when the slopes shut down as the moon descends, you’ll be able to dine, drink, shop and club in modern hotels bars and restaurants in full view of the Matterhorn. If you want a bit more history – head to Cortina d’Ampezzo, a resort which is over 1,000 years old! Hours away from Venice, this resort doesn’t suffer the isolation of others, but still allows you to enjoy the slopes of the Dolomites

Jackson Hole in Wyoming has been crowned many times not only as the base place to ski in the U.S, but as one of the best places to ski in the world. Jackson Hole is increasing its visitor count year on year, but still manages to avoid being overcrowded. Jackson Hole boasts one of the best ski lifts in the world – which on a daily basis transports skiers up and down the slopes while the some of the best rock music in the world blasts through the lift. In close competition with Jackson Hole would be a place that would be considered holy if skiing was a religion – Alta down in Utah. Alta is so focused on the activity of skiing that snowboarding is banned from the slopes of Alta. A unique microclimate adds snow to the mountains on a daily basis meaning that these slopes are maintained well by nature. Alta is a destination for the true skier, don’t expect much here other than the best slopes in the world.

Skiing as a hobby or interest can take you to some amazing places and some truly premium destinations around the world. Even if you don’t know how to ski, you won’t be left out as some amazing destinations offer more than enough slopes for beginners.

Planning a Trip to Canada?

Family Travel: Tips on the best way to effectively plan and craft your perfect family vacations

Exciting and Fun Activities to Do in NYC...